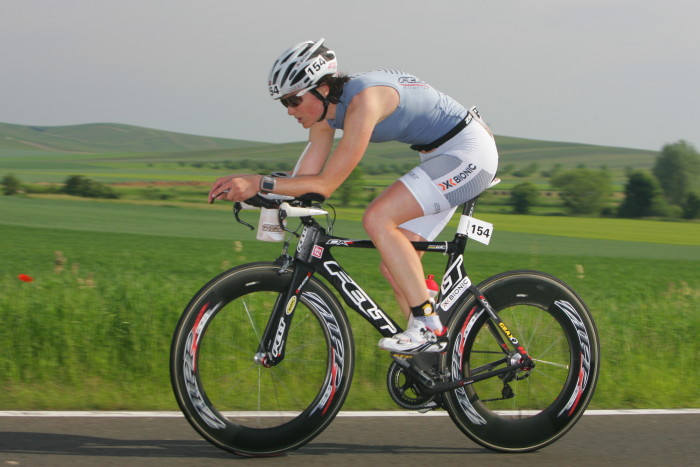 Hawaii Ironman was to be my final race in my amazing 15 year journey as an athlete. I decided after racing cross country mountain bike, then changing to marathon mountain bike races, then to cross triathlons it was time to cap off my amazing athletic career with the race of all races….. the Ironman world championships in Hawaii. I had followed this race over the years, totally in awe of the athletes competing. Once I had a goal I was 100% focused on getting there.

I had worked so hard to qualify for the race, which all began in China March 2010. This was the first qualifying race I decided to do. Of all venues…. China. Upon arrival it was so busy, congested, foggy and polluted I was not at all excited about racing. After settling in the race hotel my motivated started to pick up and I was keen to get started. For those of you who are not aware of what an Ironman entails it starts with a 3.8km swim, followed by a 180km bike ride and a marathon run 42.2 km to finish off with. I had trained hard leading up to the race, with 2-3 sessions a day sandwiched in between managing a sporting agency. I was ready to test the waters of the Chinese river, which was very murky and dirty to say the least.

Race morning I felt great, I had again prepared mentally, going through each detail from lead up to start of swim, transition to bike, the bike ride, transition to run and finally my marathon finish. My swim was average, coming out of the water mid field. I was rearing to go on the bike, my favourite part of the Ironman. I cranked up the gears and took off and settled into a cracking pace. I ended up passing most of the women that got out of the water before me. We rode through little towns however mostly on the free way, which was thank god closed to the traffic. After a fantastic ride I exited the transition onto the run in overall 4th position in the women. I felt fantastic. The first half of the run went smoothly, I could settle into a good rhythm. However at the 25km mark it hit me. The humidity was extreme and the temperature in the high 30’s. I was cramping big time, having to stop and walk every so often. I pushed myself to the finish coming in 8th position in 11 hours 38 mins. I was exhausted however excited finish. Unfortunately I there was one other female in my age category that finished in front of me, and with only one spot to Hawaii up for grabs my Ironman world championship qualification journey was to continue.

I set my sights on the Ironman European championships to be held in June in Frankfurt Germany. After the race is before the race as they say. I now had 3 months to recover and prepare. Recovery from an Ironman usually takes 6 weeks, both mentally and physically.

My second go at qualifying was a success. Walking down to the swim start I thought my day was going to be over before starting. I felt this strange cramping in my legs. I knew this pain. It was due to a pinched nerve in my back. My swim went well. I managed to get in a group and settle in a great rhythm. Running up to transition I felt the pain again. Riding out of transition it was getting worse and worse. I pushed on hoping it would go away. 2 km into the ride there was a first aid wagon. I stopped without hesitating and went in to get my back massaged. I wasted 5 minutes, however it was these 5 minutes that kept me in the race. I mounted my bike again and started my mission. I had to make up time, passing riders as I pushed the pedals. I felt fantastic. The pain was gone and I had a power that drove me into a great position going into the run. My run went fantastic, completing the marathon in 3hours 42 mins. I ran into the finish line, full of adrenaline pumping my fist in the air. My time was amazing, 10 hours 10 mins. I wanted to break the 10 hour mark, which may have been possible without he cramps and the 5 km detour on the bike leg. I had to go straight to drug testing, I was chosen as a random athlete to be tested. Usually the top 3 get tested and 2 extra random athletes. It was here that I found out I finished 14th overall female and 2nd in my age group giving me my much wanted ticket to Hawaii. I was over the moon.

I never really recovered after the European Championships Ironman. I was over motivated for Hawaii and did’t give my body the rest it needed. I ended up with a sore throat which never really went away. I flew to Hawaii a week early and pretty much did nothing. I was so overtired, my body was drained. Still I kept focused and enjoyed the atmosphere. There were athletes from all over the world, the best of the best all there for the same reason. My goal was to finish before the sun went down, which gave me 10 hours 30mins. It was very exciting standing on the start line with 2800 other athletes. My swim was slower than usual, I felt great on the bike until the half way mark where my legs started cramping. I pushed through as usual and was happy to start the marathon. At the 10km mark I had pains in my stomach and had to slow down and walk a few times. I grabbed some salty food at the aid station and that kick in straight away and I felt good again. I had lost so much salt in my sweat, it was over 30 degrees and extremely humid, causing cramping in my stomach. I was so happy to see the finish straight I gave it everything I had, making sure I’d given 100% on the day. I raised my arms, my goal was achieved, finishing in 10 hours 32 mins. I sat down and ate pizza and enjoyed the atmosphere. Job done!

The miracle isn’t that I finished it’s that I had the courage to start.